In the second of our series on Mexico’s best dive destinations (see the first installment here), we’re exploring the renowned ‘aquarium of the world’ and a 20,000-year-old reef in the Sea of Cortez.

The Sea of Cortez

The Sea of Cortez is a popular Mexico scuba diving destination, especially for whale fans. There are two main areas for diving: La Paz and Cabo Pulmo. Between them they offer exceptional whale-watching opportunities, plus diving with hammerhead sharks and sea lions. The Sea of Cortez also offers one of the few coral reefs in the area and the chance to see schooling mobula rays.

Who is the diving suitable for?

This dive destination is generally quite calm, though does get washed by some big waves. Each dive operator has its own minimum experience level to dive the area, so make sure you check beforehand.

When is the best time to visit?

The best time to visit depends on what you want to see and your dive preferences:

La Paz, the capital city of Baja California, is a tranquil town and the gateway to the Sea of Cortez.  A mecca for large pelagics, La Paz offers great opportunities to see schooling hammerhead sharks, sea lions and whales.

Los Islotes is home to a colony of over 200 California brown sea lions and offers shallow diving suitable for all.

There is also wreck diving in the area, plus underwater caves and seamounts to explore. Expect to see huge schools of fish while you dive, if you can tear yourself away from the playful sea lions.

The Cabo Pulmo National Park is home to the oldest reef on the west coast of North America, which is now a staggering 20,000 years old. This destination offers coral reef diving with vibrant colors and more than 6,000 marine species.

It’s a great sheltered spot for underwater photography and has excellent water visibility.

There are plenty of macro species on hand like seahorses, but lucky divers might also spot spot sharks and humpback whales.

Schooling mobulas are a real Cabo Pulmo dive highlight. Once you’ve gotten your fill of mobulas — as if you could — visit sea lions at Isla San Pedro and spot turtles on the reef.

Really lucky divers may even see a passing sperm whale.

How do you get to the Sea of Cortez?

Liveaboards to the Sea of Cortez depart from both Cabo San Lucas and Puerto Peñasco.

This article was written by divers and writers at LiveAboard.com 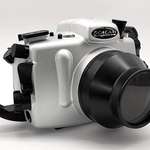