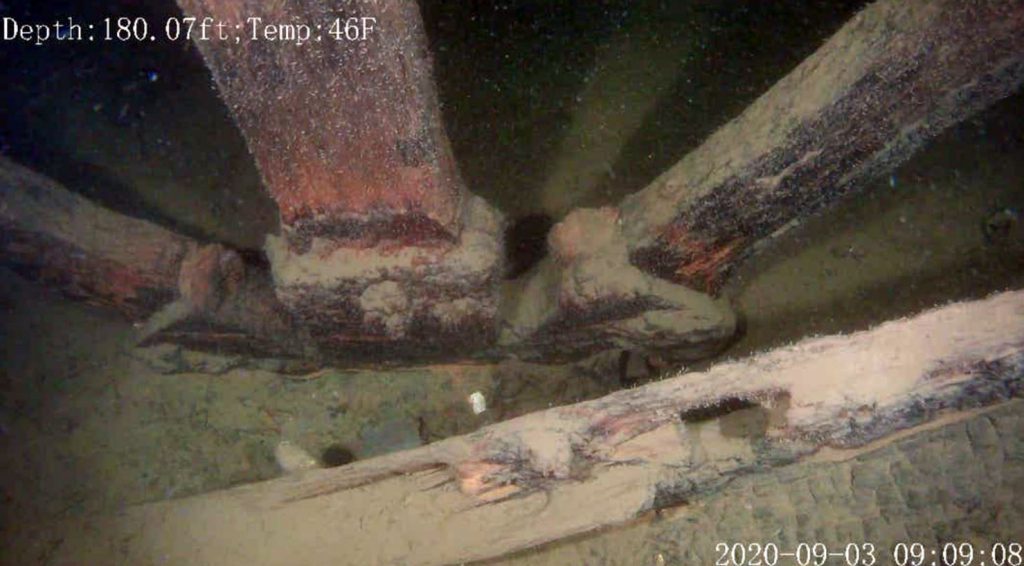 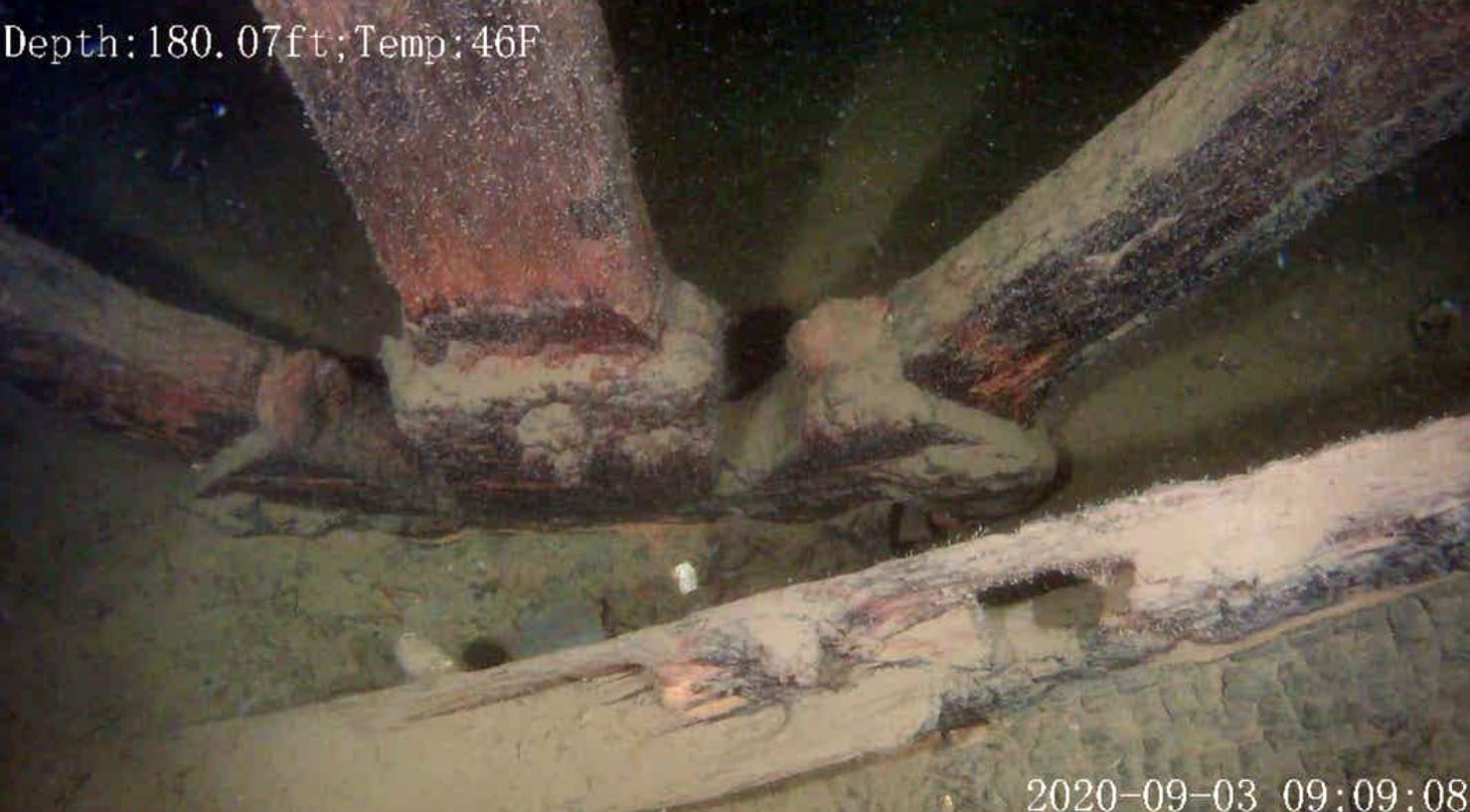 Part of the second paddle-wheel to be found. (Picture: Gary Lefebvre)

A US scuba diver using an ROV has located two paddle-wheels that have been missing from an historic steamboat wreck for more than 200 years, in Lake Champlain, Vermont.

Gary Lefebvre located the first of the charred 5.5m-diameter wheels on 31 August at a depth of 57m, a mile off Colchester Point on the lake’s eastern shore.

The local recreational diver had been searching for possible dive-sites, working through a list of more than 3000 underwater sonar-scanned marks.

His finds have now been announced by the Vermont Division for Historic Preservation and Lake Champlain Maritime Museum.

Lefebvre had shown footage of the first wheel to Chris Sabick, the museum’s director of research & archaeology, and he had identified it as belonging to the steamboat Phoenix. He based the identification on its location, design and the extensive charring of the timbers.

When Lefebvre’s ROV was dispatched back down three days later, further footage revealed an identical paddle-wheel lying nearby at 55m. Again there was evidence of charring but the spokes and hubs on both wheels were said to be in excellent condition.

The Phoenix was built for the Lake Champlain Steamboat Company and launched in 1815. Only the second commercial steamboat to work on the natural freshwater lake, it ran between all ports from Whitehall, New York in the south to St-Jean-sur-Richelieu across the Canadian border in Quebec.

Captained by Jahaziel Sherman on the night of 4 September, 1819, the Phoenix caught fire. The blaze was attributed to a candle left burning in the galley, but there were rumours that a rival might have been responsible.

Contemporary accounts described those passengers unable to board the lifeboats jumping into the water and clinging to debris or swimming clear. As the vessel burnt from the centre the structures that supported the paddle-wheels on either side failed, causing the wheels to tear loose and drop to the lakebed.

The hull burnt to the waterline as it drifted south, ending up sunk in shallower waters on Colchester Shoal reef.

Forty of the 46 passengers and crew survived the incident, and today the Phoenix, as one of the USA’s earliest-known paddle-steamer wrecks, is one of 10 wreck-sites that make up Vermont’s Underwater Historic Preserve.

“Gary’s amazing discoveries bring one of the most tragic maritime accidents in Lake Champlain’s history into sharp focus in an entirely new and dramatic way,” said Sabick. “They also demonstrate that Lake Champlain still has many stories to tell and archaeological mysteries we can unravel.”

The post What goes round: diver finds historic wheels appeared first on Divernet. 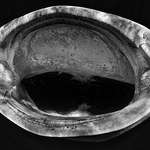 Photographer of the Week – Rusty Childress

The term “Pro” is frequen 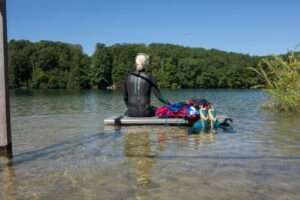 A Quiet Lake – The Battle of North Twin Lake

While the world battled t