Undefeated Champion, Canadian Icon and Nova Scotia Ambassador are three titles applied to the Bluenose II operated by the Lunenburg Marine Museum Society on behalf of the Province of Nova Scotia. With its unrivalled legacy, the historic vessel is a living reminder of the glorious era of sailing. It serves as a fitting introduction to Canada’s marine heritage for a whole new generation.

Bluenose II sails out of Lunenburg, Nova Scotia and visits ports all over the North and Nova Scotia. Offering cruises and onboard access to its many admirers, it is regularly open to the public. Bluenose II has been a frequent presence for Nova Scotia and Canada in her role as an ambassador for trade visits and international promotions.

Bluenose I was a gaff rig fishery and racing schooner built in Nova Scotia, Canada in 1921. Bluenose I, a celebrated racing ship and fishing vessel under Angus Walters, became a provincial icon for Nova Scotia in the 1930s and an important Canadian symbol, serving as a working vessel until it was wrecked in 1946. Nicknamed the “Queen of the North Atlantic,” she was later commemorated with a 1963-built replica, Bluenose II. The name Bluenose came from the late 18th century as a Nickname for Nova Scotians.

Bluenose I was built in Lunenburg, Nova Scotia by Smith & Rhuland. The keel to the schooner was laid in 1920. She was launched on March 26, 1921, and baptized by Audrey Smith, daughter of the shipbuilder Richard Smith. Bluenose I was built in response to the 1920 defeat of the Nova Scotian fishing schooner Delawana by the Gloucester, Massachusetts fishing schooner Esperanto, in a race sponsored by the newspaper, Halifax Herald. The Bluenose I performed her sea trials near Lunenburg. The schooner departed for the first time on April 15, 1921 to fish. She, being a schooner in Lunenburg, used the dory trawl method. Lunenburg schooners carried eight dories, each manned by two crew members, named dorymen. The fishing season stretched from April to September and the schooners sometimes stayed at sea until their holds were full.

In 1935, after being invited as part of King George V’s Silver Jubilee, Bluenose I sailed to Plymouth, Great Britain. During her visit, she participated in a race with schooner-yachts, specifically designed for racing. Bluenose I came in third. Bluenose encountered a strong gale on her return trip to Nova Scotia that lasted for 3 days. Enough damage was done to the schooner and forced the Bluenose I to return to Plymouth for repair. She was made navigable enough to sail to Lunenburg where further repairs were carried out. 1938 was the Bluenoses‘ I last race in which she won and kept the trophy in Nova Scotia.

Bluenose I remained at dock in Lunenburg during World War II. The vessel was sold to the West Indies Trading Company in 1942 because she was no longer profitable. The vessel was stripped of masts and rigging and converted for work in the Caribbean Sea by being remade into a coastal freighter. She carried various cargoes between the islands. She struck a coral reef with a load of bananas off Île-à-Vache, Haiti on 28 January 1946. Wrecked beyond repair, the schooner was abandoned on the reef and broke apart without any loss of life.

Various divers and filmmakers claimed to have found the Bluenose I wreck, most recently in June 2005, by divers from the Caribbean Marine Institute searching for Henry Morgan’s HMS Oxford. However, a large number of wrecks on the reef at Île à Vache and the wreckage’s dispersed condition, made it difficult to identify.

Bluenose I was inducted into the Canadian Sports Hall of Fame in 1955 along with her captain Angus J. Walters.

In 1963 at Lunenburg a replica of Bluenose I was built using the original Bluenose plans and named Bluenose II. The replica was built by Smith and Rhuland, sponsored by the Oland Beer Company. She was used as a marketing tool for the brand of Oland Brewery Schooner Lager beer and as a pleasure yacht for the Oland’s family. In 1971, Bluenose II was sold to the Nova Scotia government for a sum of $1 or 10 cent Canadian dimes.

The replica schooner is used as a “Sailing Ambassador” for tourism promotion. Bluenose II doesn’t officially race, in honour of her predecessor’s race record. In the summer, the schooner tours the Atlantic Seaboard and the St. Lawrence Gulf, routinely stopping in ports across Nova Scotia, as well as Montreal, Quebec City and many ports of call in the United States, all the while serving as a goodwill ambassador and promoting tourism in Nova Scotia. The schooner also offers onboard tours and harbour cruises in the summer months.

Due to the COVID-19 pandemic lockdown this summer, Bluenose II has restricted her summer tour to ports in Nova Scotia. The 20-person crew of the schooner formed a Bluenose quarantine bubble for training, maintenance and sailing, and their visits to ports other than Lunenburg were limited to anchors or sailing pasts. 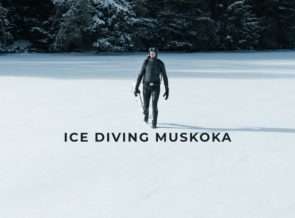 Under Ice in the Muskoka Lakes 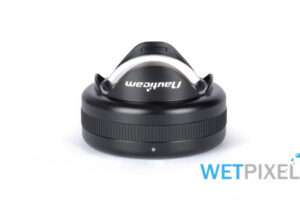 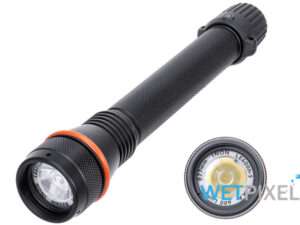 Inon has released a new s 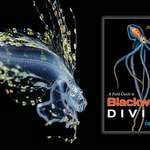 Book Review: “A Field Guide to Blackwater Diving in Hawaii” by Jeff Milisen