Version 2 of Videux is available 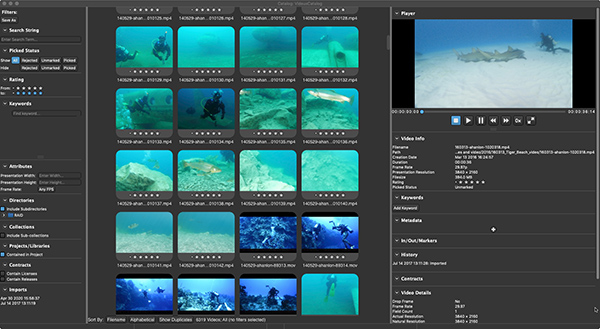 Version 2 of the Videux video organizer has been released. It now has a directory organizer/reorganizer, show in a directory hierarchy, enhanced camera importer, new keyword search logic, and support for the newest Mac operating system.

Videux 2 ism available as a free update for registered users, and can be purchased for $129.95 and a free 7-day trial download is available.

See below for a complete list of new features.

We worked hard to add as many new functionalities requested by our users as possible. Here is a list of new features suggested by you:

Organizer: When adding videos to the catalog, Videux now offers an organizer tool to keep your videos neatly organized on disk. The organizer remembers your settings each time you import, meaning that with a single click you’ll keep the same consistent directory structure for all of your videos. The organizer can work across hard drives (though it is much slower in that case as it copies from one drive to the other), and it works whether adding files from your hard drive, via drag/drop, media, importing directly from the camera etc. Organize by several different methods including date or metadata.
Reorganizer: The organizer can also re-organize files that are already imported into Videux. And if you change your mind about how you’d like them organized, Videux can easily change from one organization scheme to another. This is a feature that I have long wanted and had in mind in the earliest days of thinking about Videux.
Show in Directory Hierarchy: A new option to show via right click shows the video in the directory hierarchy. (Asked for by user Leonard, jkb and others)
Camera Importer: The camera import introduced in the previous (1.4) version has been enhanced. Thumbnail previews are now shown and the preview list can be sorted by filename, file size or creation date.
Keywords ALL/ANY: A new option has been added to allow filter by either all selected keywords, or any of the selected keywords. This makes searching by keywords much more powerful, whether you want to find only those videos that have, say, all three of the keywords, or whether you want to teach for videos that contain at least one of the 3 keywords. (Asked for by user Vin)
The file delete confirmation window has been streamlined but still requires a 2nd positive confirmation before deleting files.
Catalina Support: This version includes support for the newest Mac operating systems. For Mojave and later, we now support the new color changes resulting in a sharper looking app while retaining the colors needed for High Sierra and earlier. For Catalina, Videux Pro DL now passes the Apple “notarization” process, meaning that Videux Pro DL is a trusted application and can be installed from a download without having to change security settings. Note that Videux Pro AS and Videux Play LT are also certified by Apple (and have been since 1.0) to be able to be sold in the App Store.

New import alert lets the user know, and the filter gets selected to show just the newly imported clips. (Asked for by user Richard)

Proxy Option: When creating a proxy, the user now has a choice of the larger but higher quality ProRes or the smaller h.264. (Asked for by user Patfh)

Better Thumbnails: Additional checks to avoid all black thumbnails if possible for videos that fade up from black. (Asked for by user Jueschw and others)

Expanded Tutorial: includes the organizer and simplified for easy reading.

Offline File Delete: Give user the option of removing offline files or not during a delete (Asked for by user jkb)

Option to select only offline files (Asked for by user jkb)

Videux is a video organizer, catalog, workflow assistant and toolbox for anyone who deals with video post processing. Videux is highly optimized to get tens of thousands of videos organized and ready for editing. With effective organizational features, Videux can handle just about any video collection with ease, batch tagging them with multiple keywords, ratings, flags and and custom metadata.

Optimized specifically for working with video, Videux can deal with very large numbers of video clips, whether there are 100 or 100,000 clips. Videux can tackle them and make it fast and easy to find specific clips using the logical, powerful, and intuitive filter-based user interface.

Videux can import directly from USB devices like the GoPro, iPhone, DJI drones, video capable cameras like Canon SLRs, from a media card reader or any accessible disk drive. The app integrates with Apple’s Final Cut Pro X and iMovie, and Adobe Premiere Pro and After Effects.

Playlists make it easy to string together multiple clips for viewing or presentation. Playlist clips can be dissimilar in any way – mix clips of different resolution, frame rate, containers/codec – and Videux will happily play them in sequence. Clips can be repeated inside a playlist, and with the loop option and fullscreen playback, Videux becomes a standalone video kiosk.

Videux doesn’t replace video editing software like Final Cut Pro, but it makes the whole process of storing video and getting the right clips into Final Cut faster and easier. 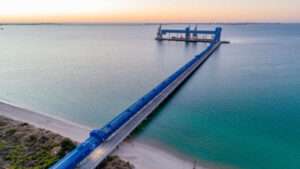 Whale Diving – a Brush With Giants 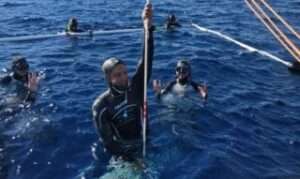