In Search of Ice 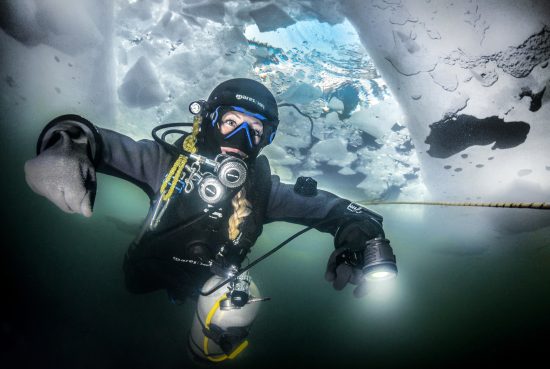 We decided to follow this modern/traditional phrase and the road took us to central Serbia, to the Zlatibor Mountain. January was a very snowy month, so we were aware of the challenges of breaking through the snow that awaited us in the mountains.

Our goal was Tavničko Lake, located in the part of Zlatibor known locally as Murtenica. The lake is positioned at the location of the former magnesite mines, last excavated about thirty years ago. When the mine was closed, the mountain stream began to fill it with water very quickly and the lake was formed.

The terrain is rocky, so the water in the lake is transparent. It is located at an altitude of almost 1000 meters. Due to a special microclimate, this winter it was frozen as early as the end of December. With plenty of information received from people from Zlatibor who live in the immediate vicinity, we decided that it was worth going in search of the ice.

The house we were staying in, on a cliff above Tavničko Lake, was relatively easy to reach. “Some divers were here last summer, but you’re the first to come here in the winter!” the old host told us. From the house, the road meandered down to the lake. A few days earlier, a tractor with a snowplow passed there and made a kind of road. We knew that for the Land Rover Discovery, this would not be an obstacle, but we were worried about the van with the equipment. It turned out that we were rightfully worried, but after an hour of slipping, being stuck and pulling the winch, we reached the lake. All that was left for us to do was “dig” a hole through the snow about a hundred meters long, open a hole in the ice and the fun could begin.

When the chainsaw made the first cut in to the intact ice sheet, we realized that the ice was a solid 15 centimeters thick. This allowed us safe access to the holes and preparation for the dive. For this ice dive, we used MARES XR equipment, one scuba tank and stage tanks. We were wearing the XR1 and XR3 dry suits, using the 25XR DR and 25XR CR Full Tek Set, Active Heating Vests, DCTV canister lamps and helmets with additional back up lamps. Equipped like this, we were completely ready to dive into the icy lake.

The water temperature was around 2°C, with a transparency of 7 to 10 meters. The bottom was rocky, which we had previously assumed considering the surrounding terrain and the fact that it used to be a magnesite mine. The maximum depth we found was 8 meters, which also coincided with the information we had received before. We spent about an hour under water, creating the first photos of Tavničko Lake in winter conditions.

The following day, we repeated the whole thing, but this time diving even longer. We were lucky with the weather and Zlatibor appeared to us in all its gorgeous beauty, covered with snow and ice. When we add in the top-quality food we enjoyed and the traditional hospitality of the inhabitants of the area, we can say that this was an adventure that we will all remember and very gladly repeat.

The post In Search of Ice appeared first on Mares – Scuba Diving Blog.

Prev前の記事へ日本人のPADIダイバーとインストラクターがイギリス国際水中写真コンテストで優勝・準優勝を獲得！
次の記事へSeagrass Species: Where to Dive & How To Protect ThemNext

Alex and Adam chat and pr 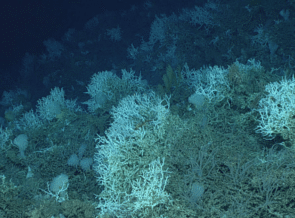 The US National Oceanic a

We all come to scuba divi