Emergency First Response® would like to congratulate the following Emergency Responders who put their training into action when called upon to offer assistance.

Action: Sitting in his kitchen enjoying a late-night coffee, Lomas heard someone screaming. Outside, he saw a young woman sitting in the middle of a busy road. He quickly assessed she’d hurt her left ankle falling and couldn’t move, but had no other injuries. He called police (for traffic management) and paramedics, and gave high-visibility jackets to the woman’s three friends to help until emergency services arrived. Paramedics in the area were tied up with more urgent calls, and though police soon arrived they weren’t confident in how to treat the injury; so, Lomas splinted the ankle, which allowed police to drive the woman to the hospital for treatment.

Action: During abeach cleanup, Bowden heard a loud noise and looked over to see a man topple over to pick up two grocery bags he’d dropped. The man got up with some difficulty only to fall over seconds later. Bowden yelled to a friend to call for emergency services and sprinted over to the victim, who was conscious though shivering in soggy clothes, and attempting to sit up. Bowden had the victim lie down and covered him with his jacket before moving him to his truck and turning on the heat. Emergency services soon arrived, though the man refused medical aid while he warmed up under blankets they had provided.

Action: After a dive at a local lake, Horsted, Charles and Clarke witnessed a man calling for help at the surface just offshore. While Charles kitted up and swam in to assist the victim, Horsted directed the scene on shore by calling for EMS. As soon as the unconscious, nonbreathing victim was brought to land, the three began performing CPR while providing emergency oxygen. They continued to carry out rescue breaths until paramedics arrived.

The post Responders in Action appeared first on PADI Pros.

Prev前の記事へPodcast: Emma Farrell on the cathedral she found at the bottom of a Scottish Loch
次の記事へRegistration Open For Second Ocean Decade LaboratoryNext

The Best Liveaboard Trips in the Caribbean

Take a look at the best l 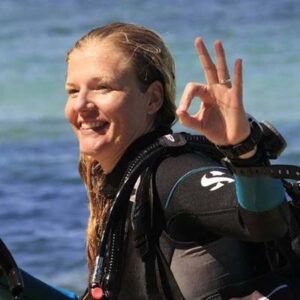 How to Become a Scuba Instructor

How to become a PADI Inst

How To Find the Best PADI Instructor Development Course for You

Want to become a scuba in