There is a Lighthouse in Saskatchewan?

“Yes, Virgina, Saskatchewan has a lighthouse!”

Cochin, Saskatchewan (35 km north of North Battleford) is home to the province’s only lighthouse. This working lighthouse sits on top of a picturesque hill overlooking Jackfish Lake, at the village’s north end. It is a popular tourist attraction and beacon for summer boaters and winter Skidoo travelers, and it is well known for being the province’s most photographed attraction.

Saskatchewan is a landlocked province with large distances to moderate water bodies, and has more than 100,000 lakes. (22,921 sq mi) The province bills itself as “Land of Living Skies.” Saskatchewan has magnificent sunsets, blue skies with puffy white clouds, northern lights, stunning storm skies, home to “Corner Gas” from CBC, very cold winters and proud to house the Saskatchewan Roughriders. Mining is a major industry in the province, with Saskatchewan being the world’s largest exporter of potash and uranium. The processing of oil and natural gas is also a very significant part of the economy in Saskatchewan, although the oil industry is larger. Farming is also commonplace.

Cochin’s first Mayor, Tom Archdekin, started construction of the lighthouse in 1988 as a tourism project (after visiting the east coast of Canada with all the lighthouses) On the 23 November 1988, a committee was formed including the Pirot family (who owned the property) to design the prairie structure. The Village Council, the Provincial Community Tourism Assistance Program wholly supported the project. The Pirot family leased the land for 99 years for the lighthouse and “Pirot Hill” remains the name where the lighthouse is located. The lighthouse was completed in 1989 and since that time has had no major reconstruction, just some fresh coats of paint. 152 steps take you to the top of the Lighthouse where you can see two Lakes: Jackfish Lake and Murray Lake.

At the lighthouse there is a functioning light but it was built mainly for a tourist attraction. Some boaters however, find it very useful to find their way across Jackfish lake after the sun sets.

Graffiti was inscribed with dates and smiley faces on the lighthouse and in 2017, the city of Cochin decided to cover up these. Repairs were carried out on the deck and tables, and installation of sheet metal was placed on the outside of the building.

And now you know about Saskatchewan’s landlocked lighthouse, Virginia!

The post There is a Lighthouse in Saskatchewan? appeared first on The Scuba News.

Alex and Adam discuss a s

Muck & Macro Diving: The 10 Best Dive Sites in the World

Whether you’re an underwa 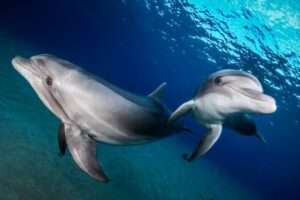 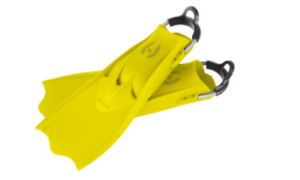