DPG and Wetpixel are excited to announce the judges for the DPG/Wetpixel Masters Underwater Imaging Competition 2021: Imran Ahmad, Mike Bartick, Florian Fischer, Stephen Frink and Jennifer Hayes. Find out more about this year’s illustrious panel below.

Our judges will be poring over your entries about four weeks from now and choosing the best images in the contest’s six categories—Wide Angle Traditional and Macro Traditional, Wide Angle Unrestricted and Macro Unrestricted, Black & White, and Video—and, of course, crowning the overall winner.

Visit the competition page on UnderwaterCompetition.com today and submit your entries. The deadline is Sunday, October 31st at 11:59PM PST.

Florian Fischer is a German director who founded Behind the Mask in 2014 to bring creative people from all over the world together to produce stories about ocean culture. Behind the Mask took the diving industry by storm and is now a community of like-minded ocean enthusiasts.

Florian’s vision and unique approach to underwater films have earned Behind the Mask over 100 international film awards, including three-time winner of the New York City Drone Film Festival and winner of the World Shootout, and he was chosen as “Person of the Year” by Tauchen, Europe’s biggest diving magazine, in 2017. Multiple collaborations with leading personalities in the image-making community have resulted in his involvement as a speaker and host for various events, including the world’s biggest water sports shows.

Imran Ahmad is one of Asia’s most celebrated and internationally published underwater photographers. He has been capturing the magnificence of life both below and above the water’s surface for over 22 years, and is known for his experimental photography with light and motion.

Imran graduated from Middlesex University, UK with a Bachelor of Arts in Filmmaking. He is an ambassador for Seacam, Blancpain, Mares, Nikon, DAN, and RGBlue Lights, and is a member of the Ocean Artists Society. He spends much of his time as a university lecturer and professional photographer, giving presentations and promoting photography in all of its aspects. He also serves as a judge for several influential photo competitions around the world. Imran currently runs workshops on conservation, underwater, travel, and commercial photography, as well as running photo dive trips around the world.

Jennifer Hayes is an aquatic biologist and photojournalist specializing in natural history and ocean environments from the tropics to the polar regions. She is a contributing photographer, author and speaker for National Geographic Partners.

Jennifer’s passion for the study and conservation of sharks and sturgeons led to graduate degrees in zoology and marine biology. She is an award-winning essayist, photographer, and author of numerous publications and books on marine environments. Her work has been featured on CNN, ABC Good Morning America, National Geographic TV, Wild and Disney Channel. Jennifer’s current National Geographic projects include a multiple-year documentation of sturgeons and a long-term collaboration to document harp seals in the Gulf of Saint Lawrence as a face of climate change. Jennifer supports ocean solutions through #Collaboration and #NextGeneration.

Mike Bartick is a working underwater photographer residing in Anilao, Philippines, and a photo pro at Crystal Blue Resort. Originally from Southern California, he has an insatiable love for finding unique marine life and telling their story through photos and video. Mike is a widely published, award-winning photographer, writer and international public speaker with work appearing monthly in various publications, aquariums and museums.

Mike hosts photo clinics, workshops and seminars at Crystal Blue Resort, concentrating on the different aspects of underwater photography and the natural history of Southeast Asia and the Indo-Pacific. Mike is also a global ambassador for Sea&Sea underwater imaging, Kraken Sports and Ultralight Control Systems, and works with various companies to bring quality products to market.

Stephen Frink is among the world’s most frequently published underwater photographers, with a career spanning four decades. He arrived in Key Largo, Florida in 1978 to open a small studio dedicated to underwater photo services, but he soon began to receive assignments to photograph and write articles for the consumer dive publications of the day. He worked as a photojournalist for Skin Diver magazine for 17 years, and then as the Director of Photography for Scuba Diving magazine.

For the past 10 years, Stephen has been the publisher of Alert Diver magazine, a coffee-table collectible magazine for the members of the Divers Alert Network. Stephen teaches Masters level courses at Stephen Frink School of Underwater Digital Imaging each summer in his home waters off Key Largo and offers dive excursions emphasizing underwater photography through his travel company, WaterHouse Tours. 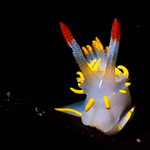 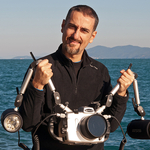 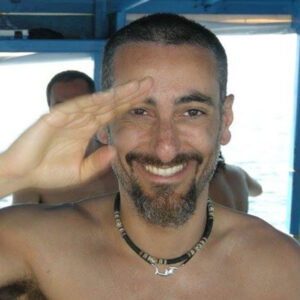