In every profession we can find challenges but also beauty. When the fishermen head out on the water, they hope to return with boats full of fish and shrimp out of necessity. I simply want to convey the beauty of the art of fishing with seine nets in my homeland. Quang Ngai province, Vietnam.

Julia Nilsson free dives with thousands of stingless golden jellyfish in Ongeim’l Tketau or Fifth Lake on Eil Malk island in Palau. The image was taken in 2019 when the lake reopened after being closed for over two years. The impact of El Nino in 2016 caused declining numbers of golden jellyfish in Jellyfish Lake and the closing was aimed to give nature time to restore.

Ghost nets are one of the deadliest forms of marine pollution in the Thai oceans. On frequent occasions the ghost fishing nets entangle large marine creatures like this manta ray. This can be life threatening to them if not rescued, for example by a diver.

Bajau, for many generations, from birth to death, from young to old, they spend their entire lives on their boats. They are not citizens of any state. The sea is their birthplace and their only home on earth.

Caprellas, also known as skeleton shrimps, are very funny and tiny animals: they grow to a maximum of 6 cm long. They are very social and active, eating non stop and fighting with each other. The ‘spaceship’ is a Bolinopsis infundibulum, common northern comb jelly. Bolinopsis don’t sting but are carnivorous and eat everything they catch, even other comb jellies. In my image it is floating under the ice.

Adriana Campili, marine biology researcher, checks the status of the Reef Aquarium inside the laboratory of the Australian Institute of Marine Science. The AIMS is the most specialized authority in charge of the Great Barrier Reef’s monitoring conditions. Inside its Sea Simulator the most state-of-the-art experiments are carried out on corals, aimed to secure a future for our reefs.

In this image I wanted to depict the tight connection between the human being and the marine ecosystem, underlining the importance of this natural bond. Location: Townsville, Australia. 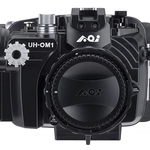 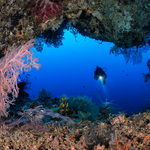 The final part of the six 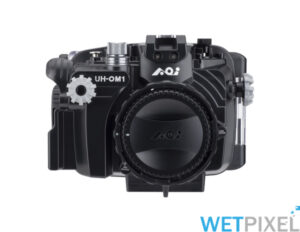 AOI has announced their U