CITES – A Ray of Hope for Sharks

Sharks. Probably one of the most iconic groups of species on the planet.

No matter where in the world you live or who you meet, almost everyone on earth will have an opinion on sharks, even if they’ve never been in the ocean themselves. Whether it’s an irrational fear, a curious interest, or as almost every diver I know, respectful awe and deep love, sharks are ingrained into human culture regardless of geography. Yet in spite of their universal incorporation into human consciousness, sharks (and their flat cousins, the rays) are in serious trouble. The most recent scientific analysis of global shark and ray populations shows that over a third of all species of sharks and rays are facing an increased threat of extinction, primarily from overfishing. With news like this, it can often feel like a desperate situation where all is lost and hopeless.

Thankfully, things are far from hopeless. Last year, PADI and the PADI AWARE Foundation launched our ten-year Blueprint for Ocean Action, setting out our joint priorities for marine conservation for the next ten years. The Blueprint builds and expands on AWARE’s 30-year legacy of conservation work which has helped secure major conservation breakthroughs, and we are especially proud of our work on sharks. In the past year alone we have played a significant part, with your support and on your behalf, to end overfishing on endangered mako sharks and blue sharks in the Atlantic. These vital successes have been built on the economic value of sharks, and the diving industry in general, towards national and global economies. PADI divers and operators in South Africa and Brazil stepped up last year to urge their governments to support protections for Atlantic mako sharks from overfishing. Speaking with a unified voice, the tax and employment-generating PADI businesses, coupled with individuals contributing to the local and national economies, made the strong economic case for healthy shark populations, a message difficult for governments to ignore. We immediately saw the power of the dive industry to push meaningful change.

While there are over 500 different species of sharks worldwide, the majority of divers that have been lucky enough to see sharks in the wild will have likely encountered one of the many coastal species. Diver favorites such as reef sharks are often impromptu dive buddies in warmer tropical waters, often accompanying divers as they traverse coral reefs. Some of the first sharks I ever saw in the wild were the Caribbean reef, whitetip, and blacktip reef sharks, species I’ve had the good fortune to spend a lot of time in the water with. While these sharks are often a big draw for divers around the world bringing a much-needed injection to local economies their populations are on the decline, with Caribbean and grey reef sharks being classed as Endangered on the IUCN Red List of threatened species.

This brings us to last month’s recent CITES meeting. Without boring everyone with too many technical details, CITES (which stands for the Convention on International Trade on Endangered Species of wild fauna and flora), is a global agreement between countries to limit unsustainable trade in endangered species. The agreement covers species from rhino horn and snakeskin to orchids and cactuses, trade in over 37,000 different animals and plants are regulated by CITES, and many species of threatened sharks are included too. PADI AWARE actively works to get these threatened sharks onto CITES to tightly regulate the international trade of their fins, meat, and organs, helping to put a brake on population declines, and this year we saw possibly one of the most important proposals being spearheaded by the government of Panama.

Panama put forward a proposal to protect all species of what are known as requiem sharks from unsustainable trade under CITES. This proposal is the most ambitious and wide-reaching shark measure ever presented at CITES. In total the proposal covered over 50 species that would actually be protected, including some iconic species like the bull, lemon, and blue sharks.

At the time of writing this blog, the CITES meeting hasn’t yet happened so we don’t know if the CITES listing happened, but one thing that I do know is that the entire cross-section of the recreational diving sector is making their thoughts known to decision-makers and will likely have played a major factor in deciding whether these sharks get the protection they urgently need. CITES is an international agreement on trade, and as such, the economic value of sharks is a huge factor that governments consider when deciding to support or oppose, including them.

While fisheries have an obvious economic benefit from removing sharks from the ocean, this is often dwarfed into insignificance by dive tourism. Dive numbers are seeing an upturn since the easing of travel restrictions from the global pandemic, and tourism dollars are likely to play a significant factor in the economic recovery of countries around the world, from small island states (or large ocean nations as I prefer to call them) such as Fiji, the Maldives or the Bahamas to large countries such as the US, Indonesia, and Australia.

You Can Help Protect Sharks

In the lead-up to CITES, PADI and PADI AWARE coordinated efforts across the dive community to urge governments to say yes to protecting requiem sharks. PADI’s President and CEO, Drew Richardson reached out to heads of State in the Americas and Asia Pacific highlighting the economic value of the sector. The PADI AWARE Foundation coordinated support from operators around the world to highlight the importance of sharks to tax and job-generating businesses, and individual divers, those of you whose tourism dollars fuel local and national economies, rallied around our CITES petition to make your voice heard.

The groundswell of support generated by the PADI dive community provided PADI AWARE with a huge arsenal of resources with which to encourage governments to place conservation at the heart of decision-making. The importance and unique position of divers as some of the only people to be able to witness sharks in their natural habitat meant that we had requested by the Panamanian government to officially assist their endeavors to protect the requiem sharks. The engagement and enthusiasm I’ve witnessed from divers wills me with optimism that by the time you read this, a further 50-plus species of threatened sharks will have started their road to recovery, and even if the CITES proposal doesn’t get the support it needs, I know that the diving community is only just getting started, and our voice is going to get louder and louder and we’ll turn the tide for ocean conservation.

Ready to Take Action for Sharks?

The post CITES – A Ray of Hope for Sharks appeared first on PADI Pros. 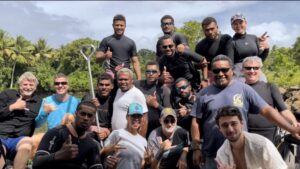 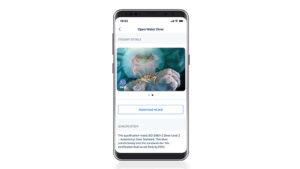 We love being able to sha