For my final blog post on my visit to Canada, I want to turn my attention fully to the attraction that drew me here, the marine life. Sorry, the incredible marine life. I’ve always loved the cool, temperate waters of the Pacific because the creatures vary so much from place to place. In the tropical Indo-Pacific, we see many of the same species on reefs right from the Red Sea, across the Indian Ocean, through SE Asia, and out across the Pacific islands of Polynesia. All these waters are connected, and while there are plenty of regional specialties, we are basically just enjoying a remix of the same great tune in each spot. However, the cold coastal waters of the Indian and Pacific are not linked, not least because they are divided by the tropics. So when you dive in South Australia, South Africa, northern Japan, Canada etc, you see very different creatures from place to place, it isn’t just a different song, but a brand new orchestra.

The other aspect of oceanography that benefits the diving is called the Global Ocean Conveyor Belt, which is the overall surface and deep water circulation of the ocean. This is important because it is a big part of what makes the north east Pacific Ocean supercharged. The nutrients in the ocean come from the deep waters and the older this deep water is, the more plankton and other animals have died and sunk into it. As these decompose, the water gets richer and richer in nutrients. The conveyer shows us that deep waters of the ocean are mainly formed in the North Atlantic and flow through the ocean basins at depth, finally reaching the North Pacific where, because the surface waters are cold too, it can more easily mix back to the surface and return as a surface current back across the oceans. The Conveyor runs slowly, but inexorably, taking about 1000 years, and what matters to us is that it means that the North Pacific is characterised by deep water rising up, and that this water is super fertile.

This rich water is then pumped between the rocks, islands and fjords of this jagged coastline by the large tides, and this is what makes the marine life here so rich, so densely packed and so special. Cold water also holds more oxygen than warm water, and this combined with the high nutrients helps the endemic species grow supersized. It is a perfect recipe.

The iconic species that everyone wants to see are the beastly wolf-eel and the gymnastic GPO – Giant Pacific Octopus. Wolfies are most monstrous as adult males, with their wrinkled, grey, ‘old man’ faces. They actually start out as handsome youngsters, with an orange and brown honeycomb colouration that leaves me struggling to think of any species whose youthful beauty deteriorates so much as they age! They are also very long, even more so than a moray eel, so the photos of their faces don’t give a true impression of how they look. Giant Pacific Octopuses can grow really huge, but most that you encounter are mid-sized, about twice that of a common Mediterranean occy. Every now and then, though, you will meet a big one, and they are known to steal cameras and poke their suckers everywhere, especially attracted to any exposed warm skin around the face!

Smaller specialities that I enjoy are the decorated and mosshead warbonnet, which are pricklebacks, a little like overgrown blennies and, as the name suggests, bejewelled with elaborate plumes and cirri above their faces and down their backs. The sculpins are a regional group that have diversified to fill many of the niches occupied by other species elsewhere in the world. The scalyhead sculpins are like cheeky blennies, the longfin sculpin always reminds me of a triplefin, the sailfin sculpin of a dragonet, and the photographers favourite, the red irish lord, is much like a scorpionfish. The grunt sculpin is such a bizzare little critter, disguised to look like a giant barnacle, with a bulbous head and tapered tail. Gunties have spiny plates instead of scales and scuttle over the seabed rather than swim. It is easy to forget they are fish.

For me, rockfish are the classic fish of these dives. They are large (50cm), often gathered in groups, and many of the 30+ species are colourful. Bizarrely, they are actually relatives of the scorpionfish that have taken to swimming, although they are usually slow moving. Over the last 20 years, big efforts have been made to conserve these slow growing fish, with over 150 Rockfish Conservation Areas being set up in the region, although the last few years have seen a setback as the lack of enforcement during the pandemic saw a lot of illegal fishing. Fortunately, the Browning Pass area is reasonably remote and still had healthy populations of these attractive fish. 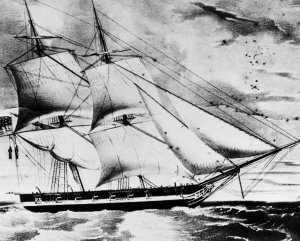