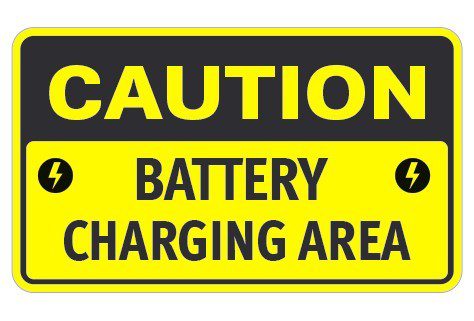 US Coast Guard inspections of diving liveaboards and other small commercial vessels are normally carried out when there are no passengers aboard – but now inspectors have been instructed to scrutinise how lithium-ion batteries are used, charged and stored.

The directive comes in the wake of the US National Transportation Safety Board (NTSB) report into the the fire that killed 34 people on the Conception liveaboard in California last year, and reported on Divernet last month.

No definite cause of the fatal blaze has been established, but investigators have pointed to the lithium-ion battery-charging area as one of three possible ignition sources, besides smoking and the main electrical system. The NTSB report established that the fire originated at the back of the mid-deck saloon where the charging area was located.

Witnesses described a “spider-web of charging”, with divers connecting a variety of li-ion batteries using a series of extension blocks. And a crew-member had reported seeing sparks on plugging in his mobile phone the previous night – the fire occurred in the early hours of the morning.

It also emerged that a 2018 fire aboard another vessel in the same Truth Aquatics fleet as Conception had been caused by an overheating li-ion battery that had to be thrown overboard.

According to a report in the Los Angeles Times, the Coast Guard policy letter issued at the end of October directs inspectors to be on the alert for any batteries not stored in cool, dry places away from combustible materials, or in spaces not continuously monitored visually or by smoke detectors.

They should also look out for batteries being charged using “daisy-chain” multiple extensions, and verify that crew have been trained to extinguish li-ion battery fires. Dry chemical extinguishers or a smothering agent should be readily available to them.

The Coast Guard has been accused of being slow to tackle the issue, but because its inspections are normally carried out when there are no guests aboard vessels, charging areas are not seen in typical use.

It now wants to ensure that operators take responsibility for the issue in their safety briefings and in thorough monitoring of battery storage and charging areas.

Whether operators will go as far as ensuring that divers use only undamaged batteries authorised for the device they power is another matter although, as the LA Times points out, the NTSB has noted that many batteries involved in fires are “substandard knock-offs”.