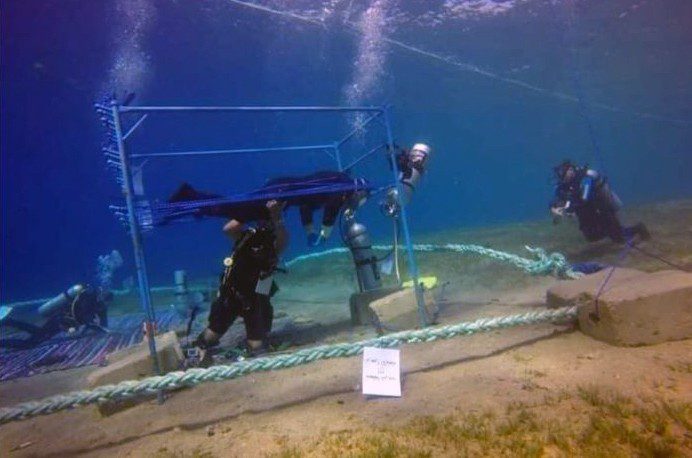 Al-Kilany was said to have spent five years preparing for his record attempt. Submerging on 5 November, he was attended by a medical team supervised by Adel Taher, well-known to scuba divers as director of South Sinai’s Hyperbaric Medical Centre.

Al-Kilany was monitored on camera throughout his dive, and GWR will have to scrutinise  some 143 hours’ worth of video footage to ensure that all its conditions were met.

The diver was reported to have passed the time by exercising, praying, eating and drawing – one of his favourite pastimes is said to be underwater painting. In September he and his Spanish fiancee, fellow-diver Pia Legora, had made headlines in Egypt by holding their engagement ceremony under water.

Current world record-holder and the man Al-Kilany’s dive was designed to beat by a matter of minutes is Turkish diver Cem Karabay. He recorded a time of 142 hr 42min 42sec in northern Cyprus in 2016.

That was the fourth of Karabay’s GWR underwater endurance records, which include longest dive in a controlled environment (192hr, 19min, 19sec in 2011) and longest coldwater sea dive (30hr 20min in 2018).