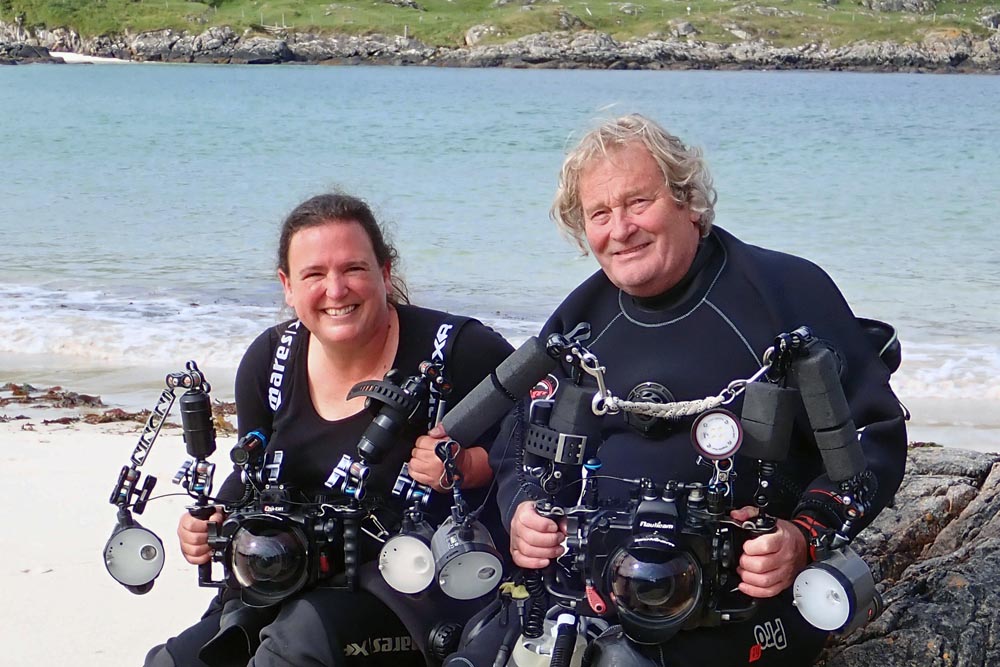 Three British underwater photographers have been appointed by the islands’ Ministry of Tourism to represent the Bahamas as “Dive Ambassadors”.

Photo-journalists and authors Nick & Caroline Robertson-Brown, who run Frogfish Photography in Manchester, and Adam Hanlon, owner of underwater photo website Wetpixel and two dive-shops in Lancaster, will be expected to promote the islands’ diving attractions alongside tourism staff at trade shows and on familiarisation trips.

The Robertson-Browns first visited the Bahamas as dive instructors in 2002. Of their more than 5000 dives each around the world, they describe one at Tiger Beach in Grand Bahama as their most memorable experience.

“We had been dreaming of diving with tiger sharks for years and had tried at a number of different locations, globally,” said Caroline Robertson-Brown. “While in Grand Bahama, on the only single day we had to make this dream a reality, we got into the water despite inclement weather conditions and substantial current.

“We descended to the sandy seabed with twice our normal weighting and within a few seconds were approached, up close, by three large female tiger sharks, who swam in front of our cameras and over our heads. We watched with amazement, as these magnificent predators entertained us.”

“The thing that really stands out for us is that the waters surrounding the islands are a shark sanctuary,” said Nick Robertson-Brown. “There are so few places in the world where shark protection has been taken so seriously and they are fully safeguarded.”

“Sharks make for healthy eco-systems and coral reefs and it is amazing to be able to encounter so many different species in clear, blue, warm water. To be able to island-hop, dive reefs and wrecks as well as relax on pristine white and pink beaches makes the Bahamas a truly magical place.”

The couple say they have made a point of including the Bahamas in their talks and books, and that their articles on the subject “have won numerous awards because our love for the islands shines through in our writing”. They are writing a book on the history of Bahamas diving.

“The Bahamas’ beautiful underwater scenery, spectacular reefs and healthy populations of larger animals, combined with its amazing clear blue waters, offer a unique place to capture and showcase the world’s best under water,” said Adam Hanlon, who has dived extensively at the location during his 30-year career.

“The opportunity through this appointment to tell the world and show through imagery how exceptional diving is in the Bahamas is remarkable.”