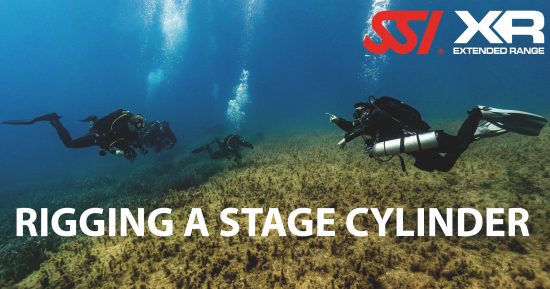 In this blog we briefly examine the components of stage cylinder rigging and how to set up the stage cylinder for open circuit diving. Firstly, let us define some terms:

This rigging has two functions:

The jubilee band is adjusted up or down the cylinder to regulate the amount of free webbing between the clamp and the bottom bolt snap. This distance determines where the cylinder sits when it is attached to the diver’s body during the dive.

Elastic hose retainers are placed around the cylinder, either before or after the point where the webbing is secured. These retainers hold the decompression regulator hose close to the stage cylinder to prevent entanglement.

The decompression regulator is attached to the valve so that the regulator second stage is neatly streamlined. The regulator hose should not protrude out from the sides of the cylinder; it should be routed down the length of the cylinder and doubled back toward the cylinder’s neck and held in place by a clip or retainer.

The submersible pressure gauge (SPG) is frequently mounted on the decompression regulator with a fifteen-centimeter high-pressure hose. The hose can be doubled back so that the SPG can be easily read while the cylinder is attached without rotating the cylinder.

Expand your knowledge on the configuration and use of stage cylinders by joining the SSI Extended Range program. For more information head to https://www.divessi.com/en/advanced-training/extended-range 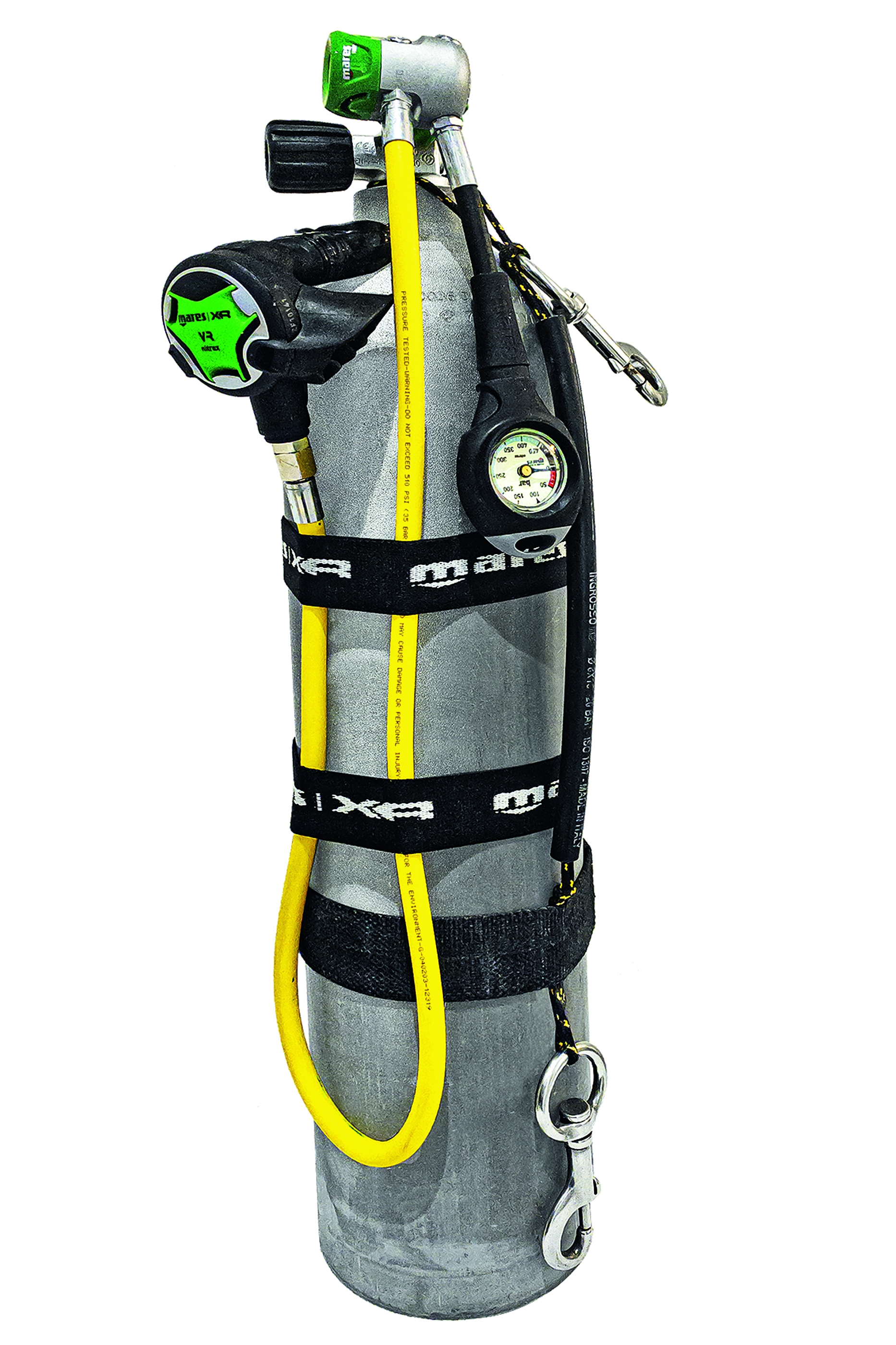 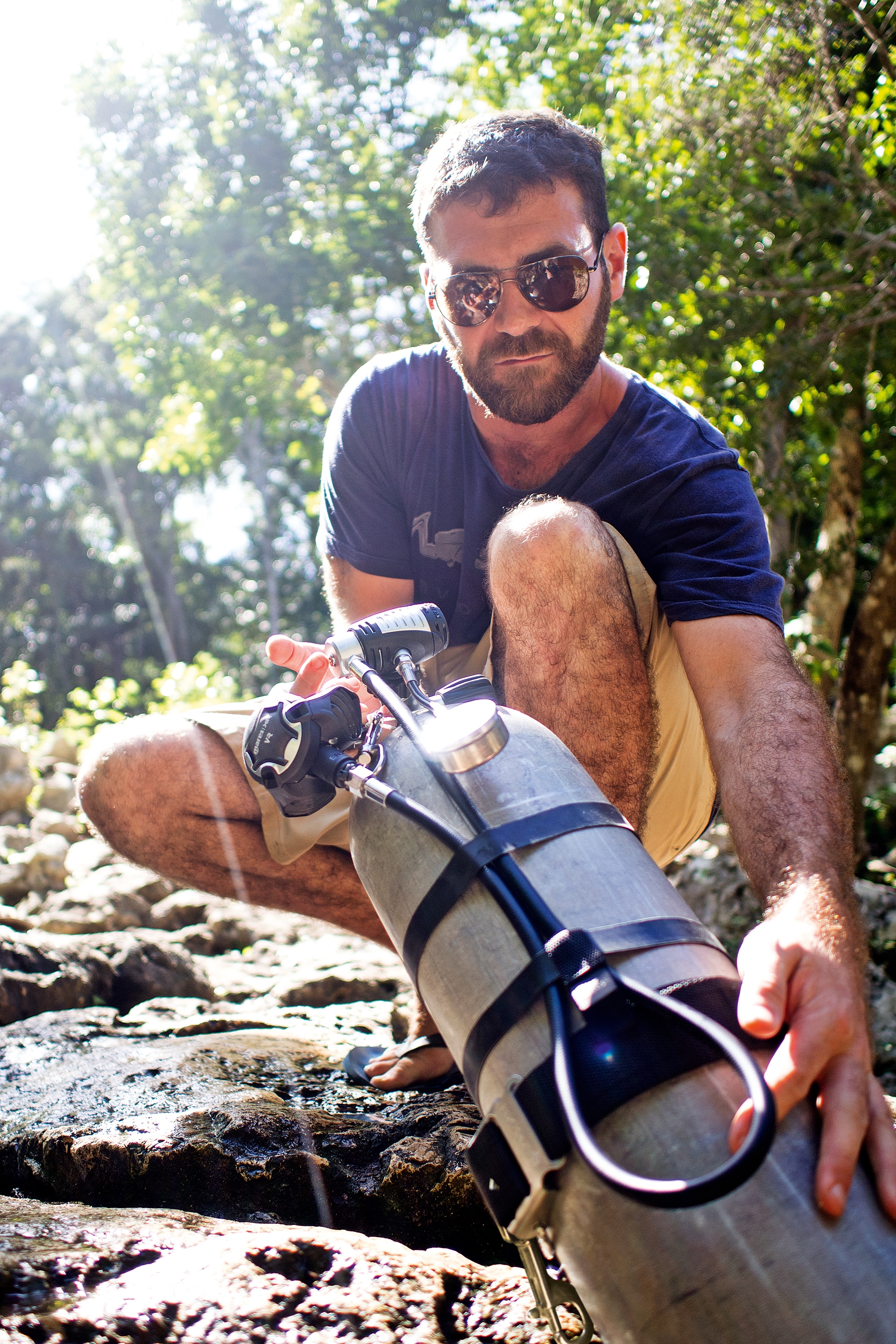 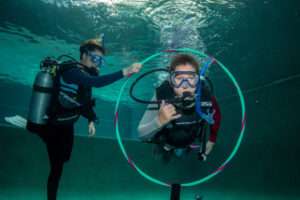 Hope Rising: PADI Members Give Back to Local Communities

PADI® Members around the 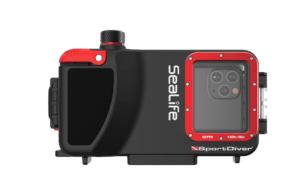 SeaLife has announced the 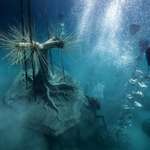 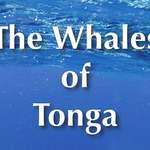 New Book by Tim Rock: The Whales of Tonga