Divers found in dark in Wales 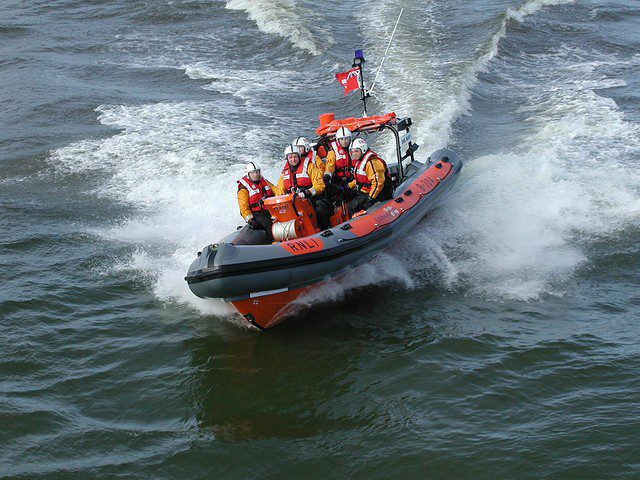 Divers found in dark in Wales

Two scuba divers who went missing off the Pembrokeshire coast late yesterday afternoon (14 November) were found drifting in the dark off Skomer Island by an RNLI lifeboat crew following a two-hour search.

According to the Maritime & Coastguard Agency the divers, a man and a woman, had been due back in Martins Haven with the rest of their group, but when it was reported that they had gone missing a search operation was mounted at 4.45pm.

Involved in the search for the buddy-pair were the Coastguard helicopter; three lifeboats from Angle, St Davids and Little Haven; the Dale and Broad Haven Coastguard rescue teams, police and two tankers that had been in the vicinity.

“The two divers were in a dire situation when the lifeboat found them,” reported the Coastguard, but a later examination by paramedics showed them to be unharmed.

They said they had been caught in a current and swept away from the rest of their group.

Lockdown restrictions were recently relaxed in Wales, but the emergency services have reiterated pleas for caution among divers, as reported on Divernet.

“Our volunteer lifeboat crews have continued to operate throughout the pandemic and remain on call 24/7 to respond to emergencies,” said RNLI Head of Water Safety Gareth Morrison.

“But anyone going on or in the water must understand the risks and take the necessary steps to keep themselves as safe as possible.

“During the pandemic, we must all take reasonable precautions to reduce the demands on RNLI and independent lifeboat crews, HM Coastguard, and other emergency services.”

The post Divers found in dark in Wales appeared first on Divernet.